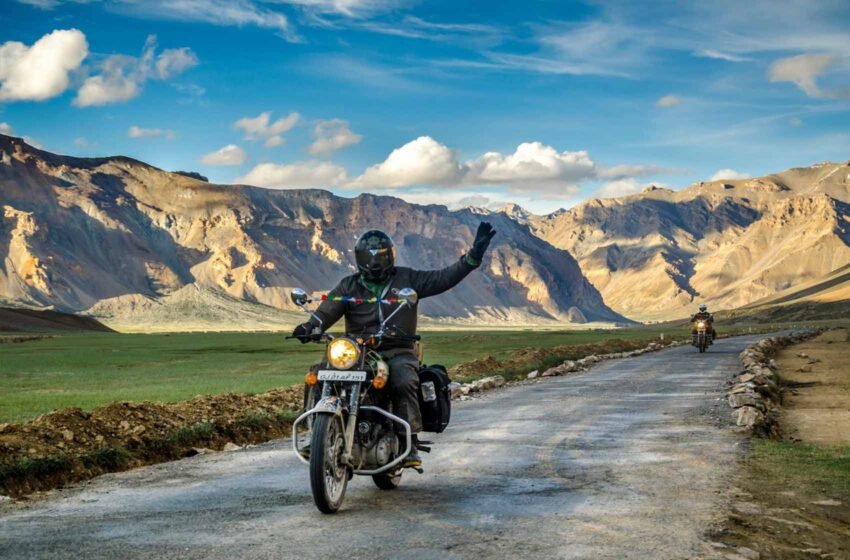 India is known for its unity in diversity. India is a country with a wide variety of destinations, from hill stations to beaches, spiritual places and many more … the Himalayas, the highest mountain ranges in northern India; in the south of India there is an extensive coastline on both sides that makes South India a peninsula. In the west, there is the vast desert of Rajasthan, and there are wildlife, spiritual places, forests and religious places of Hindus, Sikhs, Muslims, Christians, Buddhists, and people of other religions.  In addition to travel destinations, these are fun places to bring you the crazy experiences of a lifetime. “Best Places to visit in India”

Here is a list of the 10 Most Beautiful Best Places to Visit in India. 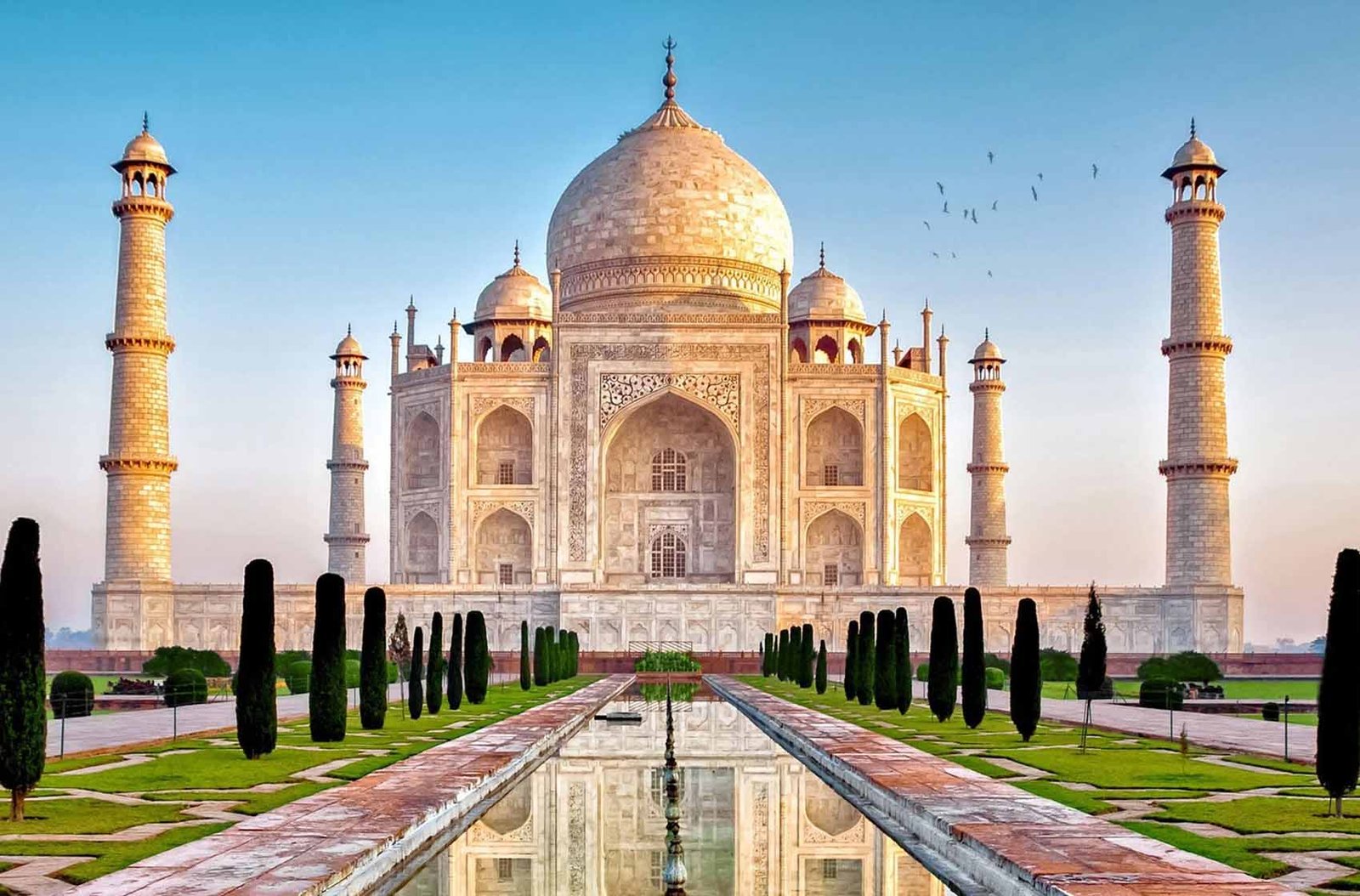 The Most Famous Attractions Place in India:

The Taj Mahal is an ivory-white marble mausoleum on the south bank of the Yamuna River in the city of Agra, India. It was built in 1632 by the Mughal Emperor Shah Jahan to house the mausoleum of his beloved wife Mumtaz Mahal; It also houses the tomb of Shah Jahan himself. Every year, millions of visitors come to see this beautiful mausoleum and listen to the interesting story behind it. There are many beautiful places to visit in Agra are:

Best Places in Agra to Visit 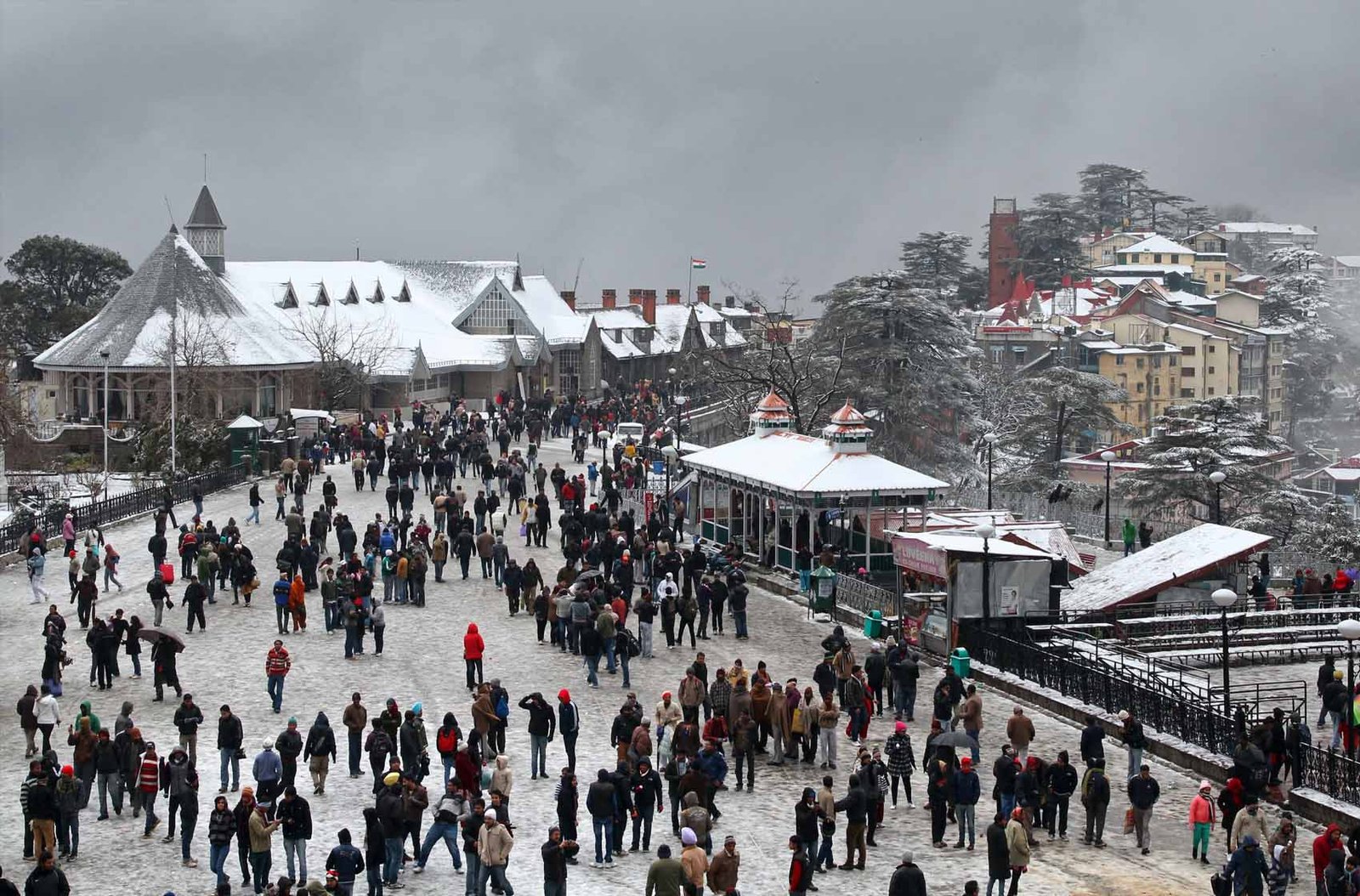 A stunning city in the foothills of the Himalayas which is one of the best tourist places in India to explore:

Shimla is the place where you can experience the Himalayas in all their mysterious glory! Rolling valleys, Evergreen forests, pleasant climate, breathtaking lakes, and colonial ambience, all come together to lend this hill station a fascination of its own. With a different variety of attractions –man-made wonders as well as natural splendours – the place really lives up to its repute. But there’s a downside to it. There are many other different places to visit in Shimla

Places to visit in Shimla: 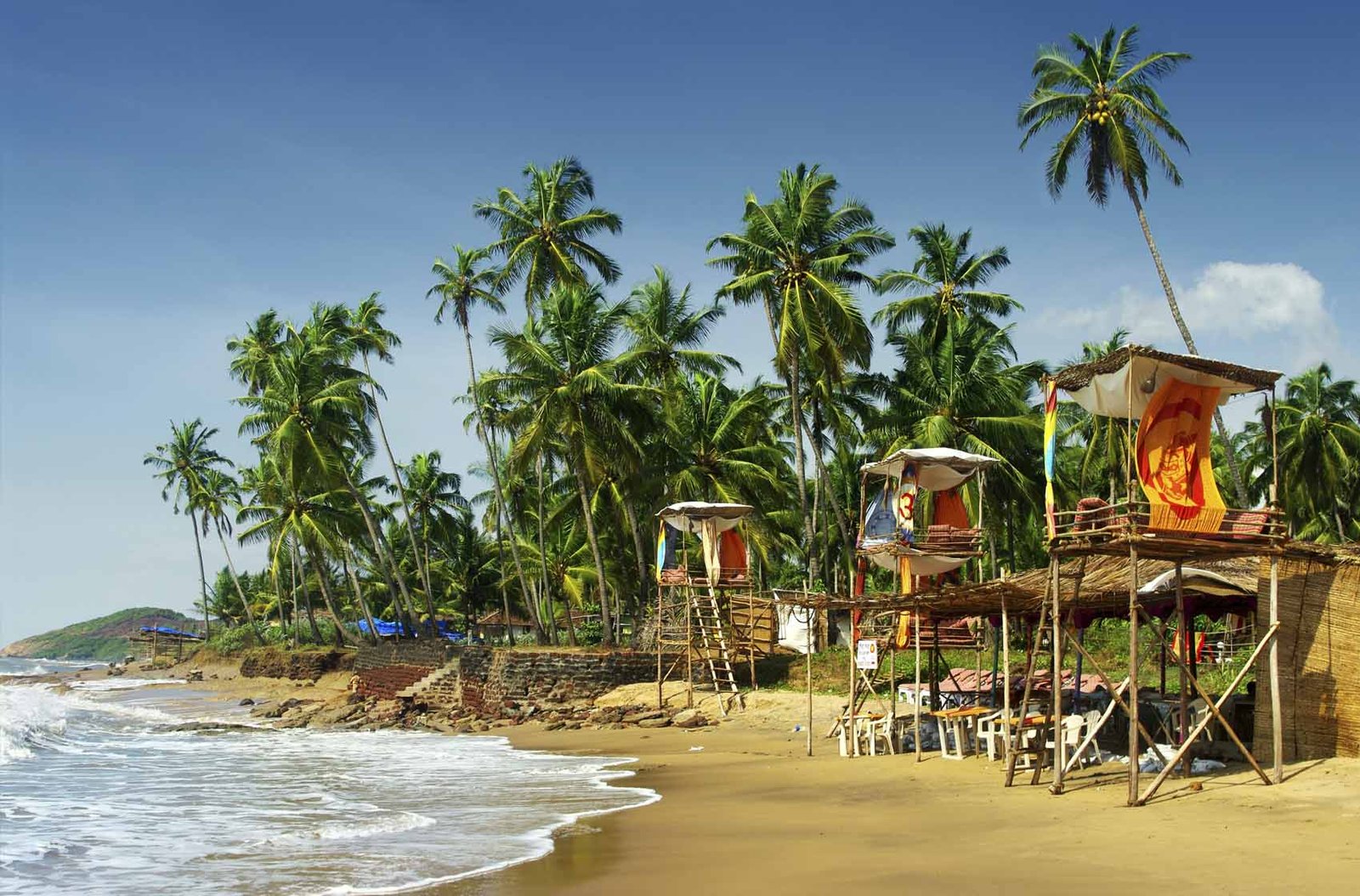 The Most Beautiful Beach and Party Resort:

Goa is one of the most popular destinations in the country. People love coming here to enjoy the fun and frolic in this destination of sand, sun, and surf! This is a beautiful place and its warm, friendly people always welcome visitors with open arms and a wide smile. People have reserved their place on the list of Goa’s famous beaches. In goa, there are many beautiful beaches here is the list of some famous beaches of Goa 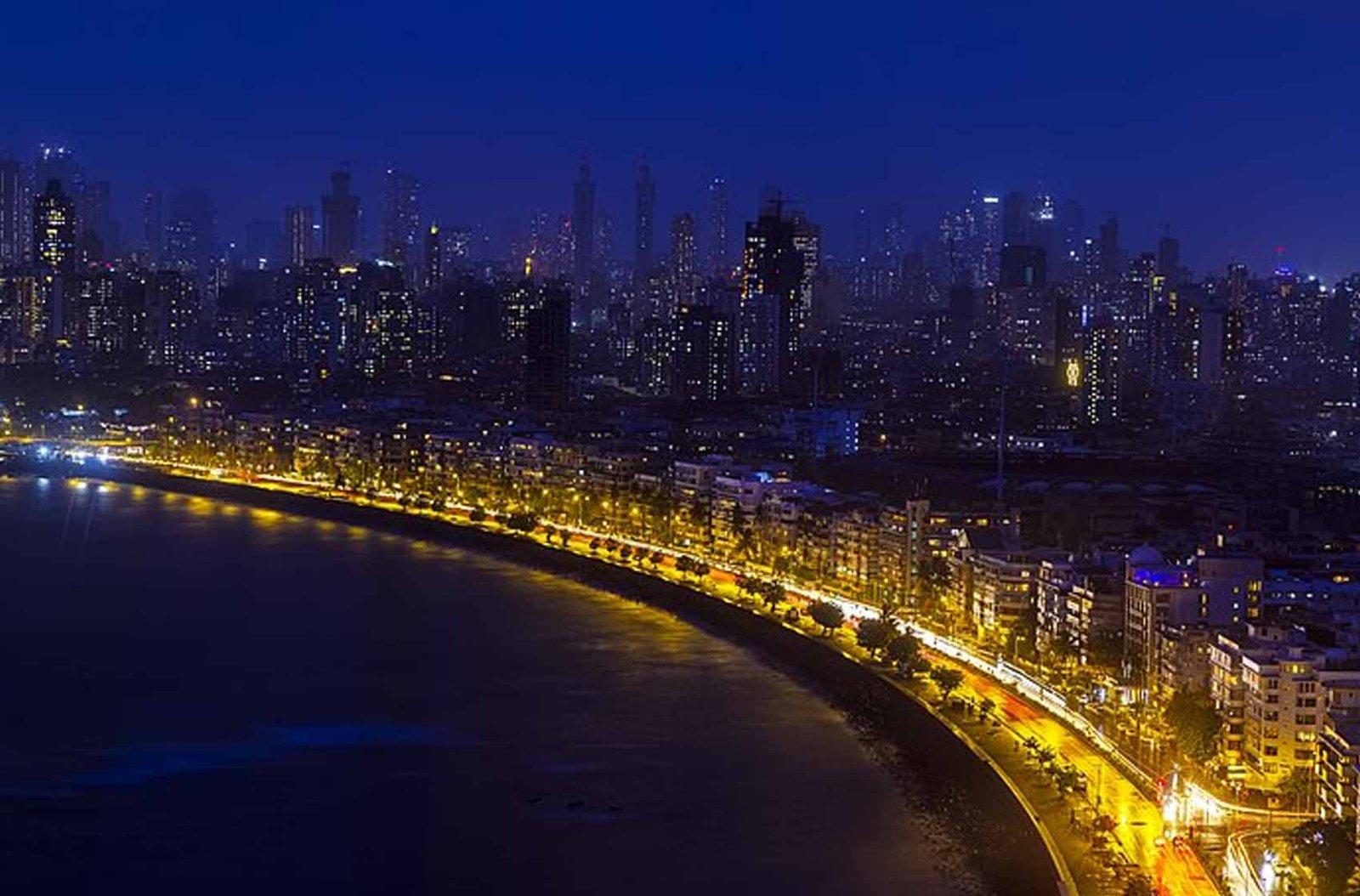 The bustling and vibrant city is one of the most famous cities to visit in India:

Mumbai is the largest part cosmopolitan metropolis of India, and formerly known as Bombay. It is also the largest city in India and the country’s financial center with endless opportunities for exploration. In Mumbai is the famous stone arch Gateway of India, which was built in 1924 by the British Raj.

Places to visit in Mumbai: 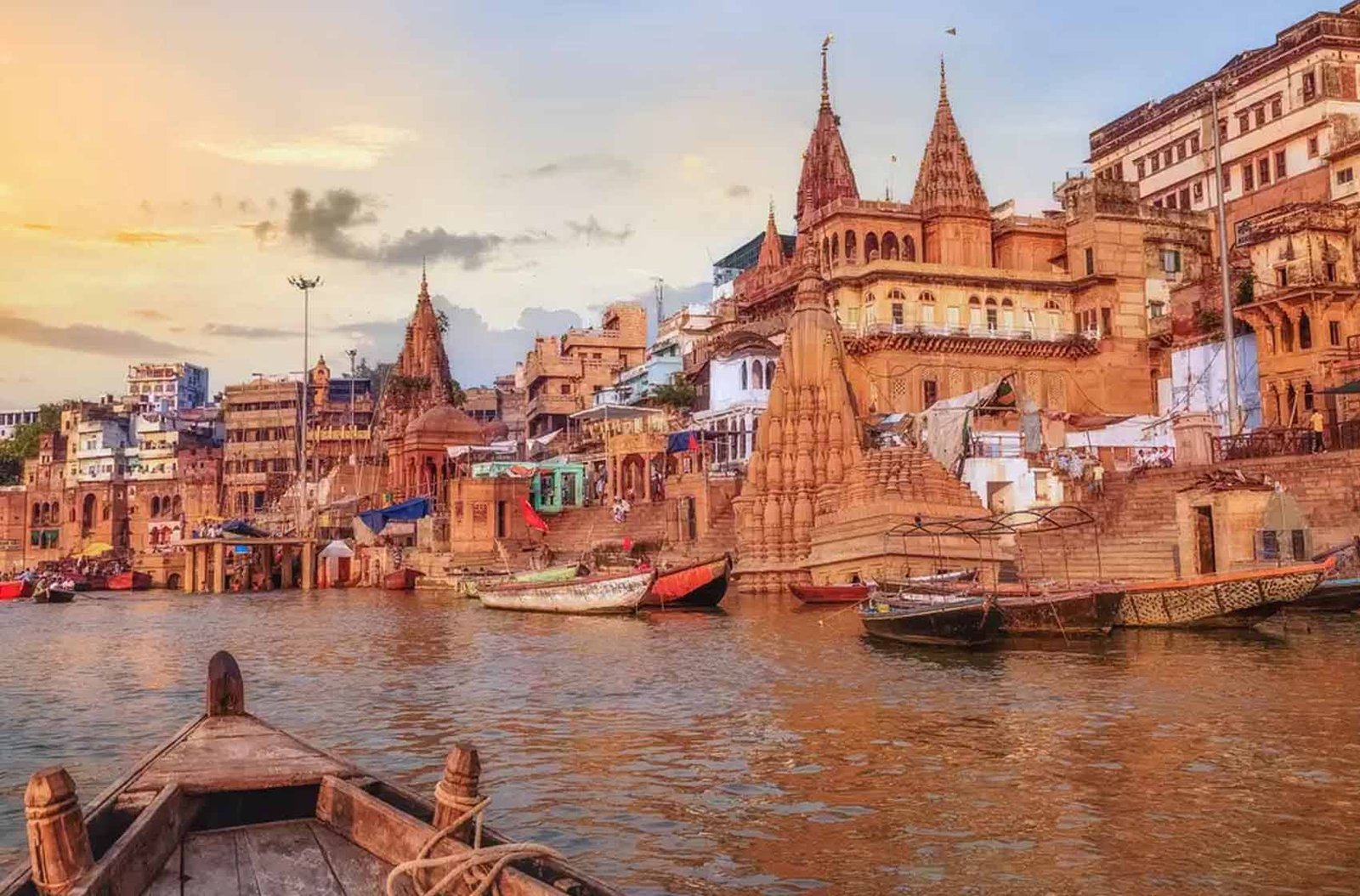 An exciting and gorgeous city which is regarded as consecrated by Hindus, Jains and Buddhists:

Varanasi, one of the seven holy cities of the Hindus, is a sight to behold. It’s a liberating, exhausting and natural experience; at the same time. Many temples and Ghats and other admired attractions in Varanasi attract millions of people. Many popular destinations not only with Indian travellers but also with foreigners, there are many other famous places in Varanasi, India that you must see and experience on your vacations. Varanasi is the oldest city in India. The city is full of culture and the holiest cities in India The city is known for its work with perfumes, wooden toys, carpet weaving, gold and silver thread,  glass bangles, a variety of brass arts and crafts.

Best places to visit in Varanasi

6) The backwaters of Kerala 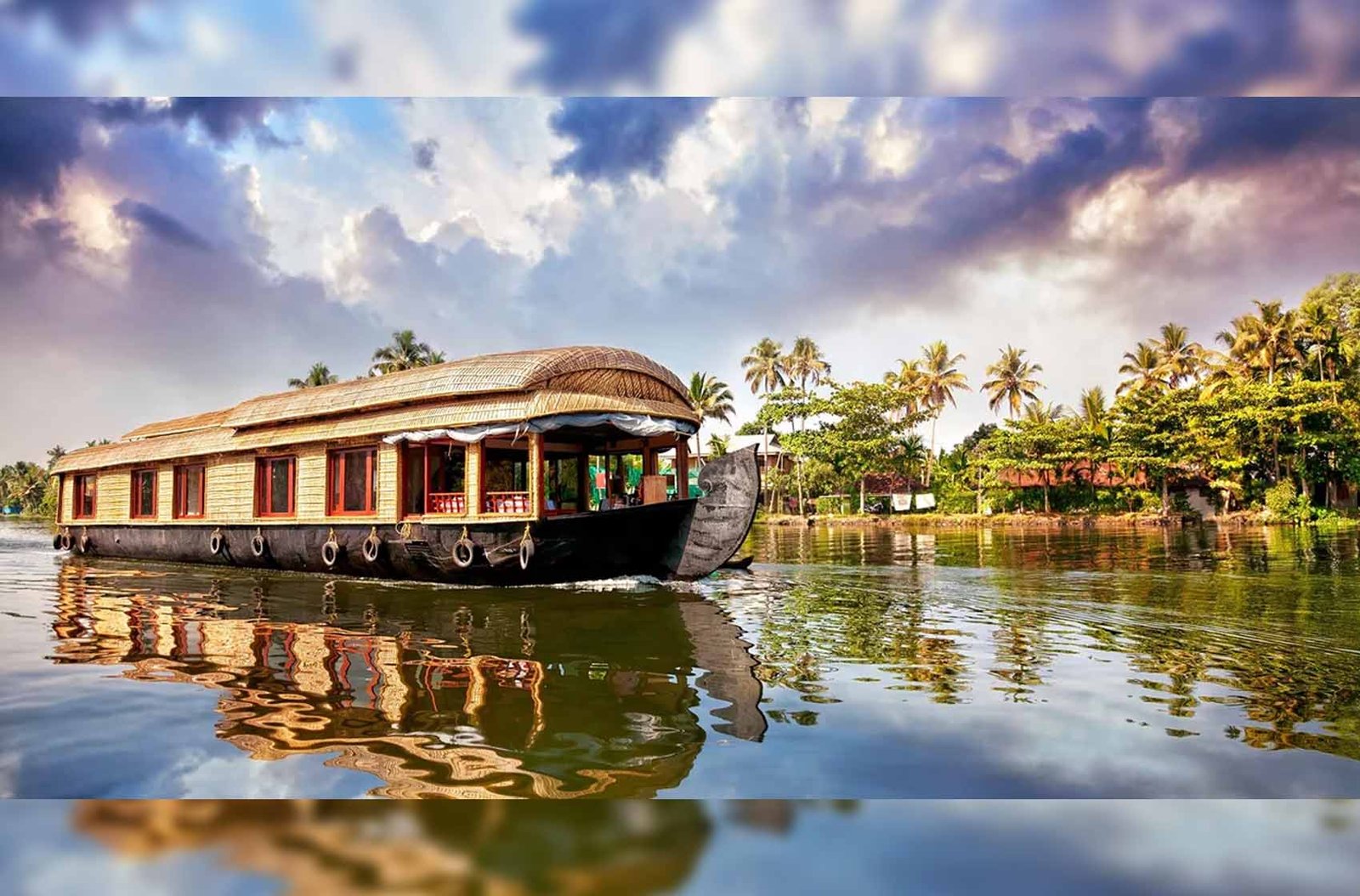 A network of brackish lagoons and a famous beauty spot to visit in India:

Kerala is a unique southern Indian state with a labyrinthine network of lagoons, canals, estuaries and lakes. Whenever we hear Kerala, our imagination places us in a houseboat in the famous backwaters, eating in a plantain leaf and drinking coconut water. In the background are the lush green nature and tall coconut trees. The Kerala backwaters are Kerala’s largest source of fresh water and a rich bed of marine flora and fauna that also includes a variety of boat trips.

Places to visit in Kerala: 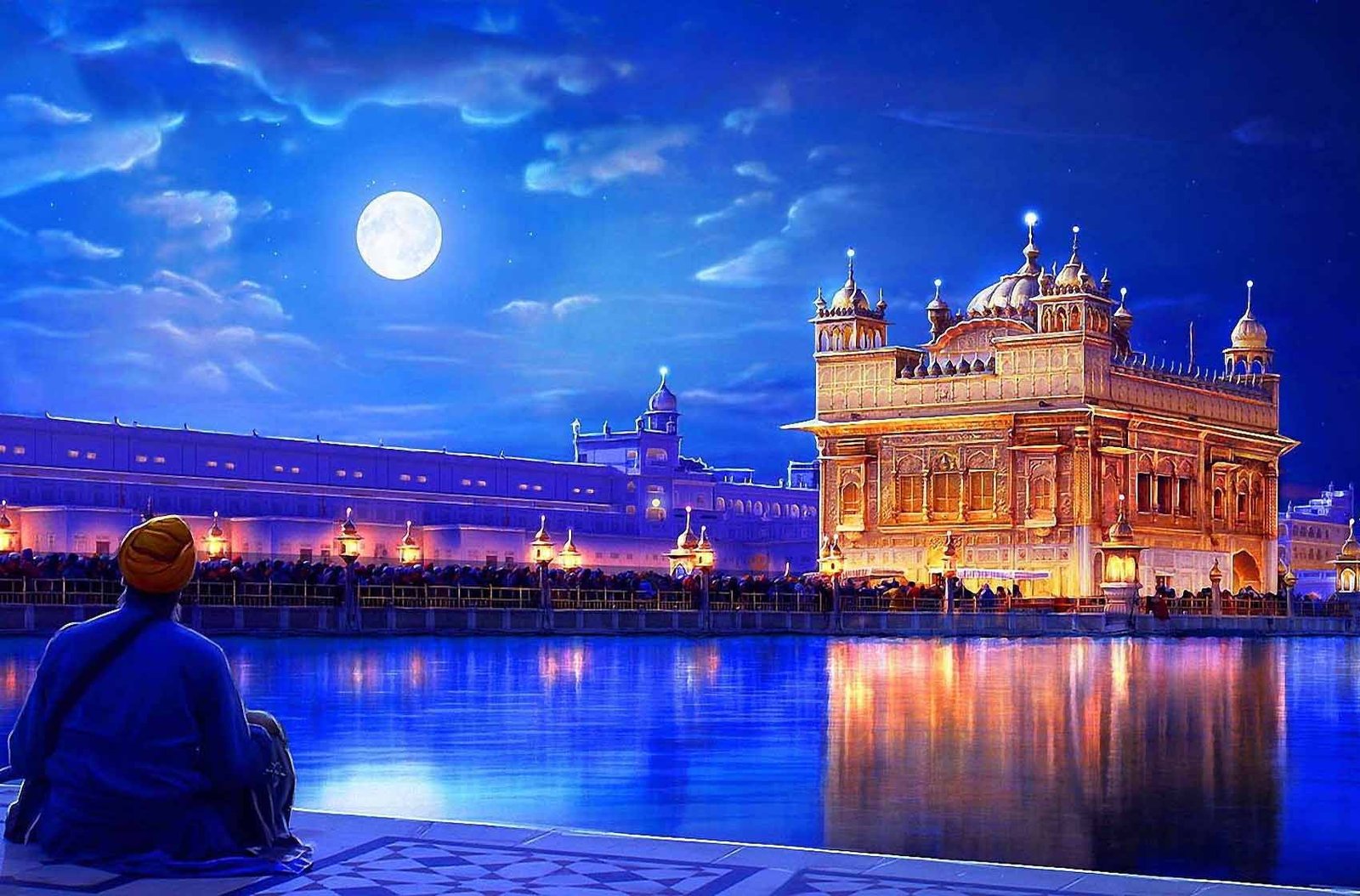 A beautiful and spiritual place and the main attraction in the city of Amritsar:

History has left an unforgettable mark on Amritsar, a city that bears the legacy of the center of the Sikh religion and is also the setting for one of the most dreadful chapters in India’s struggle for freedom: the Jallianwala Bagh massacre. Monuments in Amritsar represent the treasure of its spiritual, cultural and architectural magnificence.

The Golden Temple is a gurdwara situated in the city of Amritsar, Punjab, India. It is the greatest spiritual place of Sikhism. Built by an artificial pond, which was done in 1577 by the Guru Ram Das fourth Sikh Guru. In 1604 Guru Arjan placed a copy of the Adi Granth in Harmandir Sahib.  It was rebuild in copper and marble by Maharaja Ranjit. Singh.

Places to visit in Amritsar: 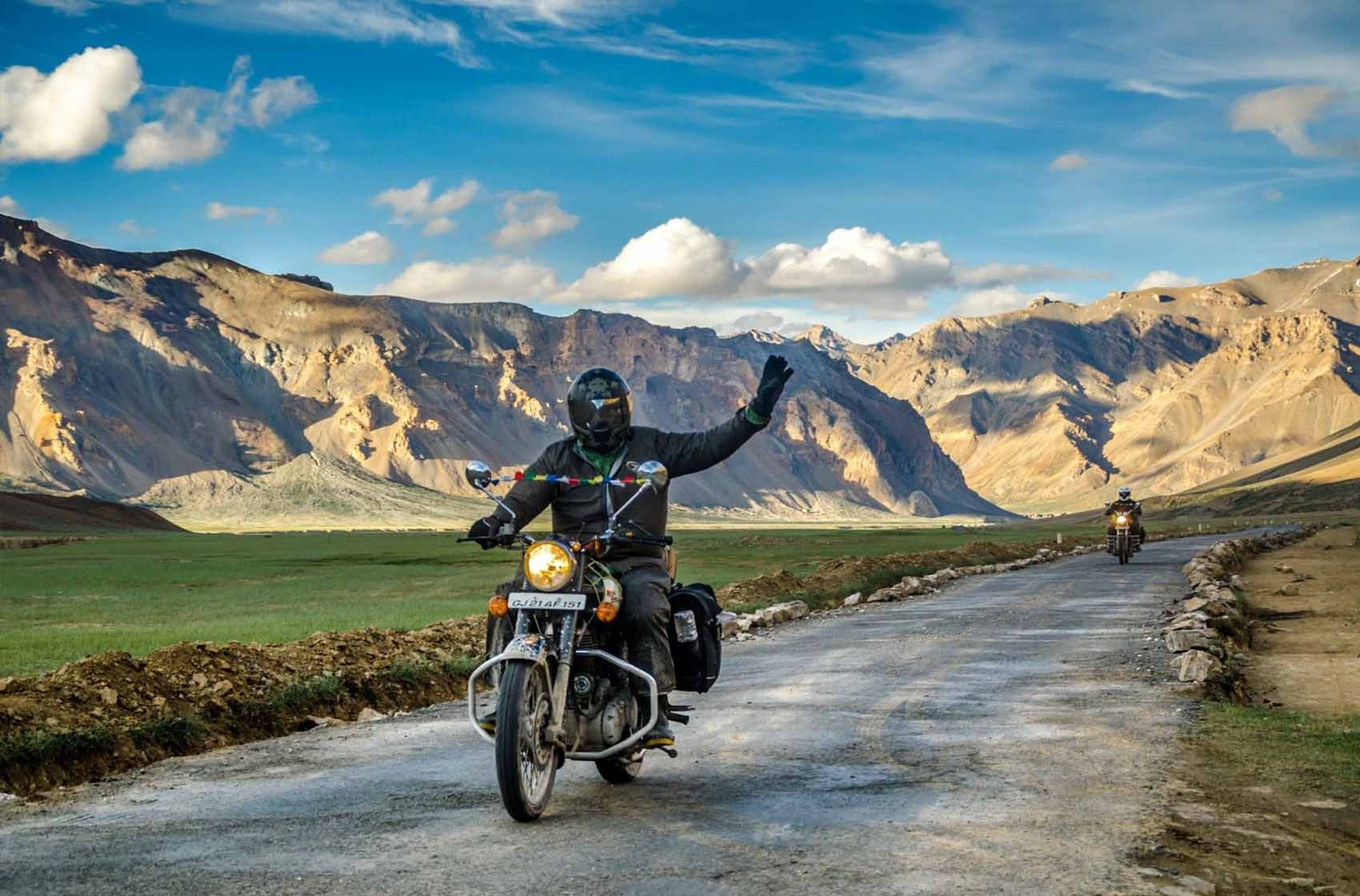 A beautiful city located on the crossroads of the historic “Silk Route”:

There are very few places in the world as charming as Ladakh and its capital Leh. Ladakh is an amazing place, which is a fusion of leisure adventure experience and opportunity. Its deep blue lake, hilly landscapes, and scenic way journeys have been lure travellers from all around the globe. Leh, Ladakh placed at an altitude of 3542 meters above the deep level in the part of the mighty Himalayas, it boasts of vast scenic beauty. This amazing place boasts some remarkable allures including lakes, palaces,  and monasteries.

Places to visit in Leh, Ladakh :

9) Hawa Mahal, The Palace of Winds 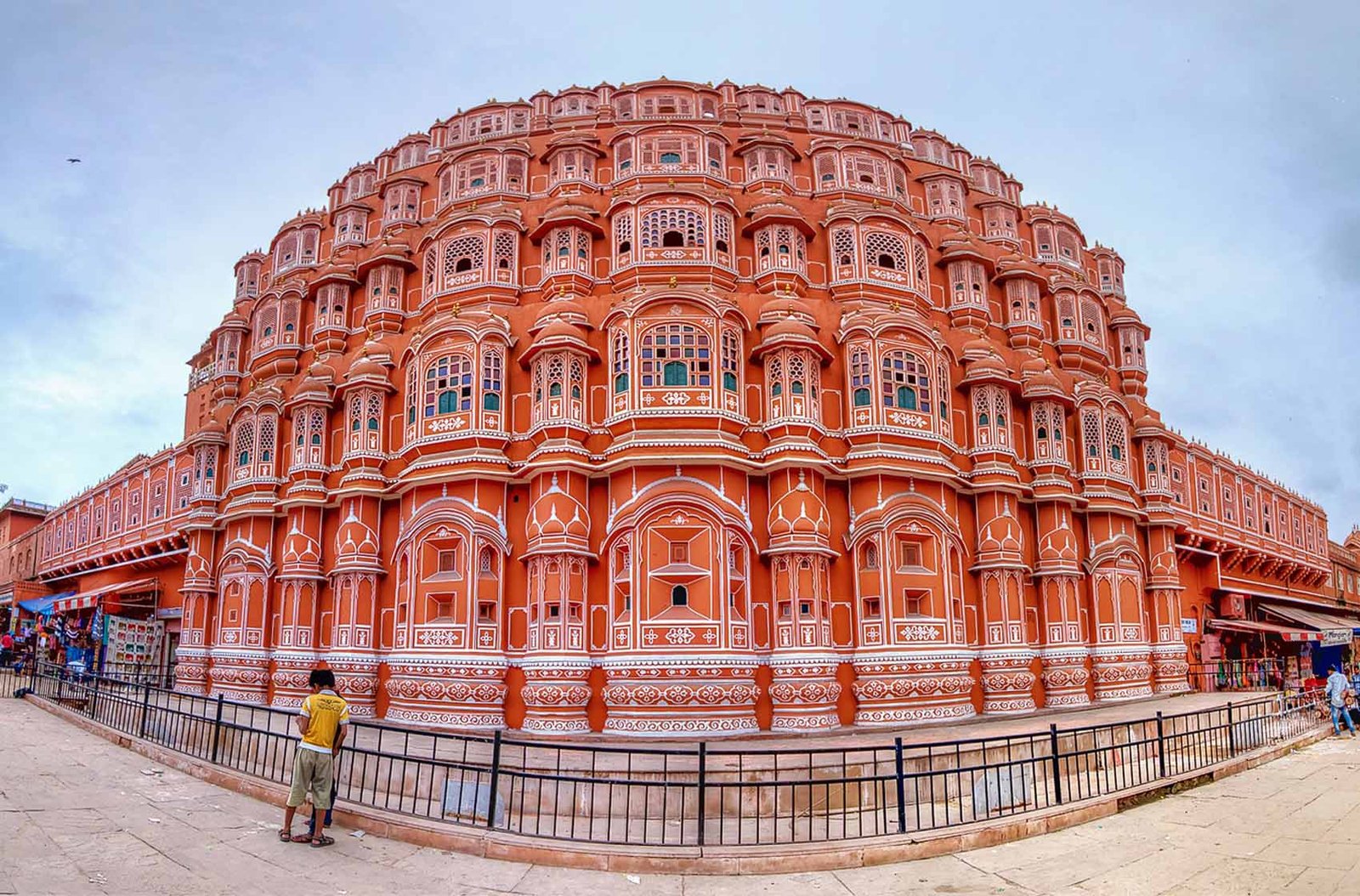 Jaipur’s most distinctive and most stunning landmark to visit:

Jaipur, also known as the Pink City, has become a major tourist attraction in recent years. Hawa Mahal is one of the most visited attractions in Jaipur. If you visit Hawa Mahal in Jaipur on a pleasant evening, you will be totally mesmerized by the place. .Experience the rich past and cultural heritage of Rajputs in one place. This beautiful structure has also become a good picnic spot as several children flock to this place with their families. Find out more about this beautiful palace here with our guide.

Places to visit in Jaipur: 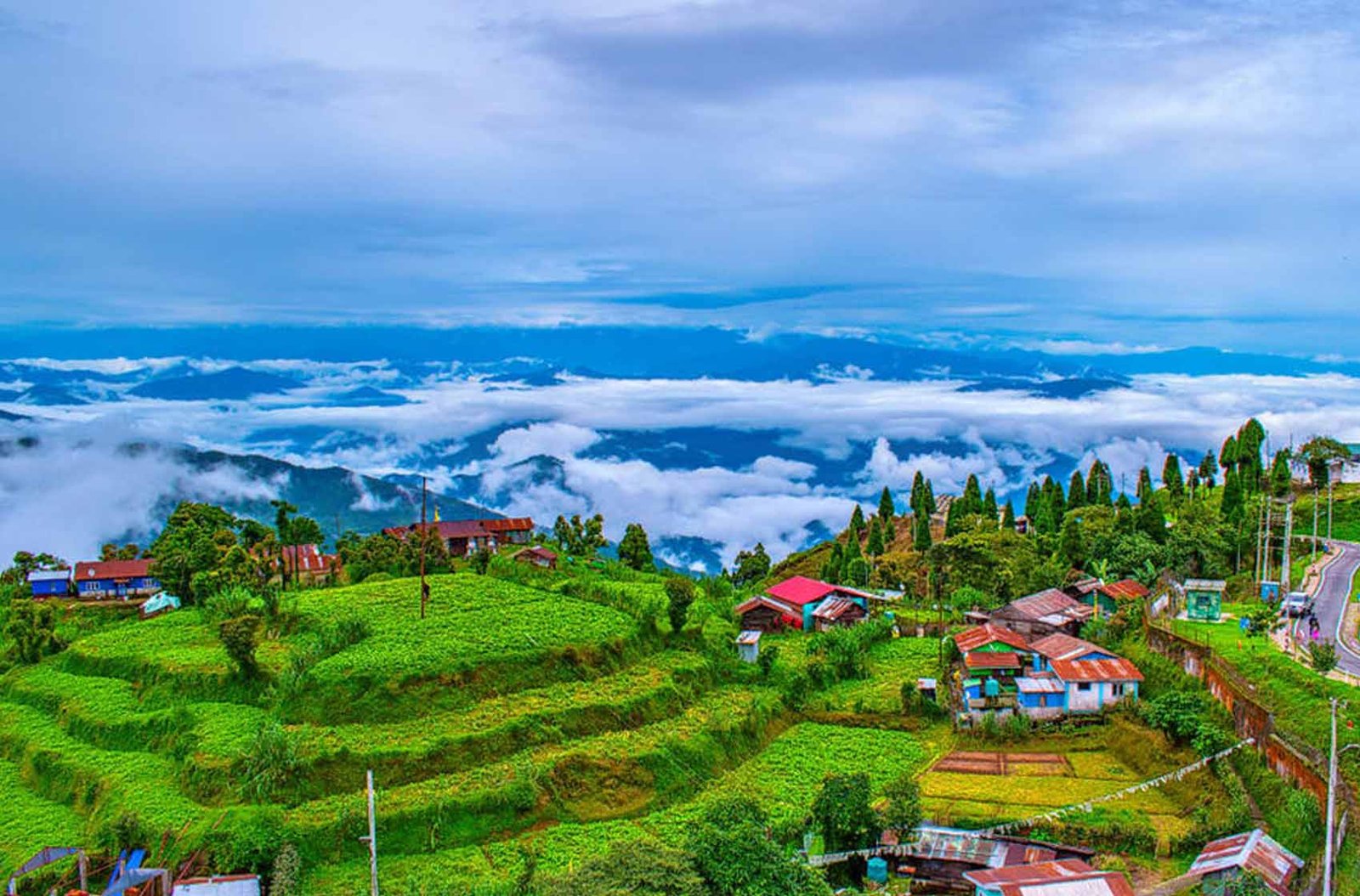 Darjeeling is located in the Indian state of West Bengal and is known for its tea industry. The city is located in the middle of the lower Himalayas, also known as the Mahabharat Mountains. The city was developed by the British in the mid-19th century and soon the city was controlled by the Kingdom of Sikkim until it was taken over by the Gorkhas and later by the British. It belongs to the zoogeographical zone of the eastern Himalayas. The city is endowed with a rich cultural history and natural resources and is a popular tourist destination due to its year-round pleasant climate.

Places to visit in Darjeeling: 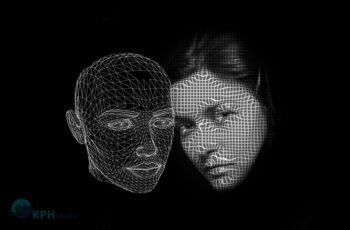