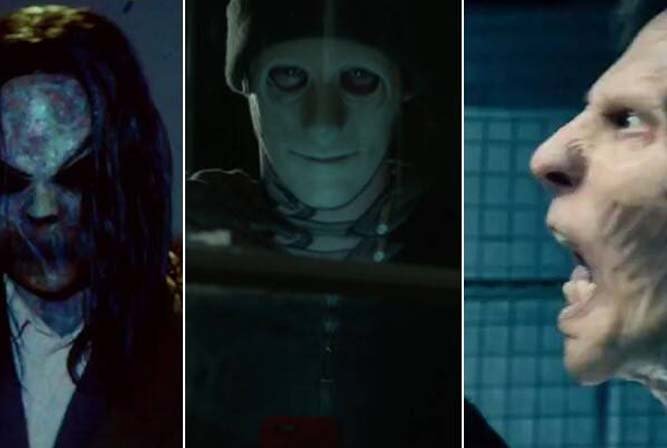 List of Top 10 Horror Movies in the World. Horror movies are strangely enjoyable. Why do we enjoy scaring ourselves the hell out of ourselves so much? It is like going to a haunted house attraction, as Neil Gaiman once said, “Fear is good in small doses”. Once you exit, you know you are safe.

Halloween is just around the corner. All things creepy are celebrated at the festival. During winter, this is the perfect time to watch scary movies and shows with friends and family as they curl up on their couches or beds. Here are 10 of the best horror movies of all time to get you in the mood. The movie mixes sub-genres nicely, so fans of every kind of scary movie should find something they enjoy. There is no shortage of content to watch in this age of streaming. It can be difficult, however, to sort the wheat from the chaff when looking for something that is actually worth your time. Take your Halloween to the next level by watching these horror movies.

Here are Top 10 Horror Movies in the World:

One of the most iconic horror films of the 1970s, John Carpenter’s Halloween still stands out as the best. These films highlight the power that anonymity grants to masked serial killers, which has gained increased relevance in the internet era. Despite the varying quality of sequels, nearly all of them are worth watching at least once.

Jennifer Kent’s fantastic debut novel, ‘The Babadook’, argues that ordinary monsters are manifestations of our darkest aspects, like depression and mental trauma, when they go out of control. In the story, a mother struggles to take care of her young son who believes there is a monster in the house called Babadook.

A zombie classic, ‘Dawn of the Dead’ had George A. Romero perfecting what he had learned from ‘Night of the Living Dead’ and ‘The Crazies’. Surviving zombies attack a suburban shopping mall in an attempt to protect themselves. Despite the metaphors and social commentary, “Dawn of the Dead” is a brutal, brutal zombie movie, and it is hard to believe Romero was capable of pulling it off in 1978. Watch the 2004 remake directed by Zack Snyder as well.

This film has a twist that pretty much every movie lover knows, and Alfred Hitchcock’s is the oldest of these. But the film still chills you to the bone. After more than 60 years, it remains a masterpiece.

There is no horror movie that scares one like ‘Hereditary’. Its horrors engulf you as you watch it, and the sense of dread lingers long after you have finished watching it. It’s a slow burn, but because of the atmosphere, direction, editing, cinematography, and acting, it’s one of the best horror films of the 21st century. It is hard to watch the decapitated body of Toni Collette’s daughter without being spine-tingled by her performance and her cries of pain and loss.

When Ridley Scott’s ‘Alien’ came out in 1977, science-fiction horror became mainstream. People darkly believed that extraterrestrials could arrive on earth at any time to enslave or exterminate humans. During the film Alien, a parasitic alien lifeform is released on a spaceship and begins to kill crew members. It is Sigourney Weaver’s Ripley who stands alone at the end of the film.

Most of the time, real-world monsters are more effective than ghosts and ghouls and demons, etc. A couple and their young son are tasked with caring for a hotel in the Colorado Rockies in the movie ‘The Shining’. He eventually attempts to kill his wife and child as Jack Torrance (a brilliant Jack Nicholson) loses his sanity.

‘The Exorcist’ is the undisputed king of horror movies, and its influence cannot be underestimated. Even after seeing it only once, everyone who has seen it remembers its frightening visuals. Even if you’ve seen it before, give it another watch.

In this film, the found footage horror genre was pioneered. It remains a living proof that holding back is often more frightening than showing and explaining everything. In this film, four friends explore a local legend deep in the woods of Maryland. The movie is one of the scariest ever, even though we never see any ghosts or monsters until the very end. Exactly how? Watch it to find out.

The original 1974 film by Tobe Hooper (title above) remains the best of the franchise, despite its numerous sequels and reboots. Leatherface, one of the most iconic serial killers, is introduced in a godforsaken region of Texas and released upon a group of friends. It basically invented the slasher genre and, surprisingly, still holds up today.